Gillian is seventy three years old. For the past month or so she has been having some issues with her bladder.

On this particular night she is awoken for the fifth time in the small hours to “spend a penny”.

Her husband Bill grumpily advises her to call the doctor in the morning and get checked out.

The following day, Gillian is up bright and early to ring her GP as soon as they open. She knows that unless she does this, she is unlikely to get an appointment anytime soon.

She sits on hold for fifteen minutes, sipping her tea while she waits. Finally the receptionist picks up and advises her that whilst the appointments for today are gone, she can book in for three weeks time or try again tomorrow.

The same routine repeats over the next week. Gillian pleads a little for something sooner, as she is concerned following the development of new symptoms- a pinkish tinge to her urine and some swelling in her abdomen.

The receptionist apologises and suggests she goes to A and E if matters worsen.

In the meantime Gillian accepts the appointment slot she has been offered and keeps her fingers crossed for a cancellation so she can see someone sooner.

When she finally sees the GP and explains her symptoms, he gives her for an urgent referral to urology.

She asks how long it will be, and is crest fallen when he explains it should be around 6-8 weeks.

When the letter arrives Gillian is almost giddy with relief to finally be on the way to finding out what’s going on. She dutifully marks down the date of her appointment on her calender and goes about her normal routine, counting down the days.

A week before her appointment, Bill comes in with the post and hands her a letter.

It is from the hospital and explains that unfortunately her visit has been postponed by another 2 months.

By the time she sees a urologist for the first time, it has been four months since she saw her GP.

During this time, her symptoms have only worsened, and her husband has begun commenting about changes to her appearance.

Her clothes are a little looser, and she is looking peaky.

It is another month and a half before she gets an “urgent” CT scan, and another three weeks before her urologist can book her in to discuss the results.

Sadly, the doctor advises, Gillian has stage three bladder cancer that has metastasized. There is evidence of potential spread to her kidneys as well. An off hand comment is made about “ more options if they had caught it sooner”.

Gillian is then further shocked to be told that it will be around four weeks before she can have surgical intervention and begin chemotherapy. She will most likely require the removal of her entire bladder and part of her kidney to ensure they get it all.

This means she will need an artificial bladder and potentially a permanent catheter to ensure proper urine flow.

All in it will have taken over eight months from her initial GP appointment to beginning treatment.

Although the case study above is fictional and perhaps a little morbid, for many of our readers certain elements of this story will be ringing alarm bells.

How many times have you sat on the phone for hours trying to see your GP?

How many days have you spent waiting for your referral to a specialist to arrive?

Whilst the NHS is fantastic when it comes to cancer treatment, in Gillian’s case especially the need for aggressive intervention could have been avoided if she had been diagnosed a lot sooner.

The knock on effect of speedy diagnosis is that the cost to the NHS and to the health of the patient is exponentially less long term.

If Gillian had medical insurance in place already when her symptoms began, the story would have likely turned out differently- see the timeline below:

Following her husband Bills advice, Gillian attempts to get an appointment with her GP. When this is unsuccessful, she uses the virtual GP app from her medical insurance provider. She is booked in for a video chat to discuss her issues within 24 hours.

The GP she speaks to advises that she needs a referral to urology urgently for investigation. They offer to complete this electronically to send to her insurer to get the claim on her policy started.

Gillian calls her insurer the same day and advises them of what the GP has said.

Checking their records, they can see that the referral has already been sent.

As Gillian has been insured with them for many years- once her claim form is completed- she is able to choose a local hospital and consultant from the list.

They are able to see her the following week and arrange for a CT scan a week later.

The results are back within a few days and her follow up appointment is two days after that.

The urologist once more confirms that Gillian unfortunately has bladder cancer.

However, it looks to be small and following a biopsy/ removal of the affected tissue to confirm, she should be able to start treatment within the month.

She requires a small surgery and one round of radiotherapy as treatment, but her prognosis is good and two months later at her check up, she is classed as being in remission.

Throughout the process, her insurer settles all costs with the hospital direct and their dedicated cancer care team checks in with her and her doctor frequently.

From initial GP appointment to start of treatment, the process has taken two months.

The difference between outcomes from each case is astounding, and the over all cost to Gillian in terms of her health is significantly less.

This example is one of many that we could have chosen, but we wanted to make an impact on our readers instead of just throwing facts and figures at you.

We could have told you that the average wait time for non urgent operations on the NHS is 18 weeks, or that 41% of patients wait over a month to see a specialist for an initial consultation.

We could have told you that dependent on the area you live, up to 70% of waiting time targets are missed, with some patients waiting over a year for an operation.

In the end though, numbers do not matter nearly as much as people.

Imagine Gillian as your mum, your sister, your aunt, or even as yourself. If you had the option to go through option one or option two, what would you prefer?

The answer seems obvious, doesn’t it?

Before you call to complain about us bashing the NHS, here at Switch Health, we would like to make something very clear.

The NHS is wonderful. In the past year especially, it has been put under more strain than anyone ever thought possible, and it is still standing. However, we also know that it is under enormous pressure, and as much as we hate to admit it, the cracks are inevitably starting to show.

Health insurance is not always about “skipping the queue” or “better quality of care”.

It’s about providing some relief to our NHS workers in this unprecedented time, both physically and financially,  and giving them space to take care of those who cannot take care of themselves

To discuss your options for health insurance please call Switch health on 01242371300. We’ll be happy to help. 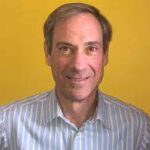 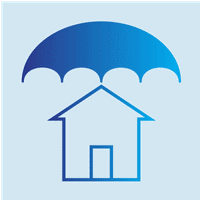 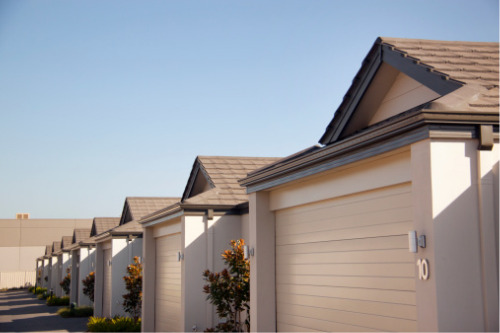