Today, we’ll take a look at the impact of both home prices and mortgage rates on your decision to buy a piece of property, along with the relationship they share.

Obviously, both are very important not only in terms of whether you should buy (from an investment standpoint), but also with regard to how much house you can afford.

The general logic is that mortgage rates and home prices have an inverse relationship, in that if one goes up, the other goes down.

But is this actually true, or are there situations where both can rise together, making real estate even more expensive than it already is?

What’s more important (beneficial) to a prospective home buyer?A super low mortgage interest rate they can lock in for 30 years…Or a cheaper home purchase price at the outset?Let’s do the math and find out!

At the moment, mortgage rates are pretty close to historic lows, with the popular 30-year fixed-rate mortgage averaging 3.09% last week, according to the latest data from Freddie Mac.

But while interest rates remain cheap, there are great fears that they could rise substantially over the next year and beyond.

Meanwhile, home prices are at all-time highs on a nominal basis, but perhaps not in real terms, though most folks feel they’re quite high, and perhaps even unsustainable.

This is made clear without the use of home price indices, fancy calculators, or algorithms…just take a look at some for sale listings and you’ll think home sellers are nuts for asking so much.

Problem is there just aren’t that many homes available, so even a list price that exceeds its appraised value isn’t an issue.

Many homes are going well above their Zestimate and/or Redfin Estimate and still getting tons of bites from buyers.

Since home prices bottomed around 2012/2013, they’ve surged to new all-time highs, at least nominally (not inflation-adjusted).

After the housing crisis, home values lost about a decade’s worth of appreciation, but gained much of it back when real estate boomed, thanks in part to the record low mortgage rates available.

It also helped that homes were essentially on sale, relative to the prices seen just a few years earlier.

Unfortunately, home prices have ascended to new heights we’ve never seen. And mortgage rates are expected to rise over the next year and beyond.

So the question is do you buy a home now while mortgage rates are still low, even if prices drop later?

Or should you wait it out and let home prices pull back first, then buy, while hoping interest rates remain relatively low?

Well, first things first, it’s nearly impossible to time the market. Anyone will tell you this, whether it’s a home or a stock or bitcoin or anything else.

Predicting the direction of anything can be a tall order, and real estate is no different.

Home prices are also regional, and nowadays hyperlocal, so it’s not like they’re the same throughout the country.

Not all home prices in the nation can be designated as cheap, average, or expensive – they vary tremendously, and so might their future trajectory.

At the same time, it’d be hard to argue that mortgage rates nationwide aren’t super low. So which is more important here?

Buy a House While Mortgage Rates Are Low? Or Vice Versa…

It’s possible to pay more for a house while interest rates are low, but also obtain a cheaper monthly mortgage payment. And as a result, pay a lot less interest over the duration of loan term.

Let’s take a look at a scenario where mortgage rates rise and home prices slump to see which situation is more favorable to the home buyer.

Now imagine home prices fall 10 percent over the next year or two, while mortgage rates rise from 3% to 4%, the latter of which is certainly possible given the inflation concerns out there.

As you can see, buying the home at the higher price point with the lower mortgage rate results in both a cheaper monthly mortgage payment and significantly less interest paid over the loan term.

That could also make qualifying easier with regard to the debt-to-income ratio requirement mortgage lenders impose.

However, the down payment is $8,000 higher on the more expensive house, which could prove a barrier to homeownership if liquid assets are low.

But we’re still looking at overall savings of rouhly $40,000 with the larger loan amount, yet lower-interest rate mortgage.

Hopefully this illustrates the importance of low mortgage rates. Of course, there are a ton of variables that can come into play.

Most people move or refinance their mortgages within 10 years or so from the date of purchase, making the long-term interest savings unclear.

And you can’t change what you paid for a home, whereas you can change your mortgage rate via a rate and term refinance, assuming rates improve since the original date of purchase. 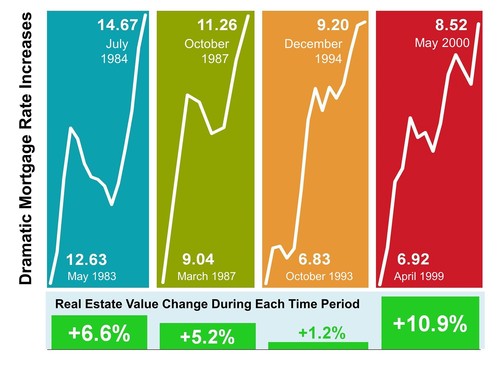 Conventional wisdom says there’s a negative correlation between home prices and mortgage ratesIn that if one goes up, the other must fall, and vice versaWhile this seems to be logical and “make sense” is it actually true?Just look at the many time periods where both went up at the same time making, home buying much more expensive

Now let’s discuss that relationship between mortgage rates and home prices, because it’s not what you might expect.

After all, prospective buyers will be able to afford less if rates are higher, thus cooling demand and forcing prices lower.

Using that logic, property values today could be artificially inflated based on the low interest rates available, which seemingly increase demand and purchasing power.

And if mortgage rates rise, home prices might have to come down back down to earth.

This is a bit of a myth, and the image above kind of illustrates that, though the data might also be cherry-picked to some degree.

As you can see, house prices don’t just fall when interest rates rise. If anything, the opposite has happened in the past.

Home prices and mortgage rates aren’t that closely correlated over time.  In fact, mortgage interest rates may not really affect the price of housing at all.

In other words, home prices may rise even if mortgage rates increase, despite it being more expensive to get financing for said purchase.

Looking ahead to 2022, I could see both home prices and mortgage rates rise in tandem thanks to inflation and a continued lack of housing supply.

Believe it or not, both home prices and interest rates may rise together.

This is partially because not everyone buys real estate with a mortgage, instead using cash, and also due to macroeconomic factors.

If the economy gets hot, interest rates will likely rise to stem inflation concerns.

While the Fed isn’t yet raising its own rate, they did indicate a taper to their bond purchase program after receiving signs that inflation is moving higher than expected.

Ultimately, home prices will also be on the rise because a strong economy means more jobs and higher wages, which leads to a greater number of potential home buyers.

So it’s perfectly feasible to arrive at a scenario where mortgage rates are higher and home prices continue to rise, thanks to more cash-flush buyers.

A strong economy also means the lending environment will be favorable, so even if mortgage rates increase, lenders will be doling out more loans with more flexible financing options.

All of that can lead to more demand and even higher home prices. So don’t just assume home prices will drop if mortgage rates rise.

My guess is mortgage rates may increase a bit over the next year or two, but that could put even more pressure on fence-sitters to buy a home, thereby pushing prices higher.

Read more: What mortgage rate can I expect? 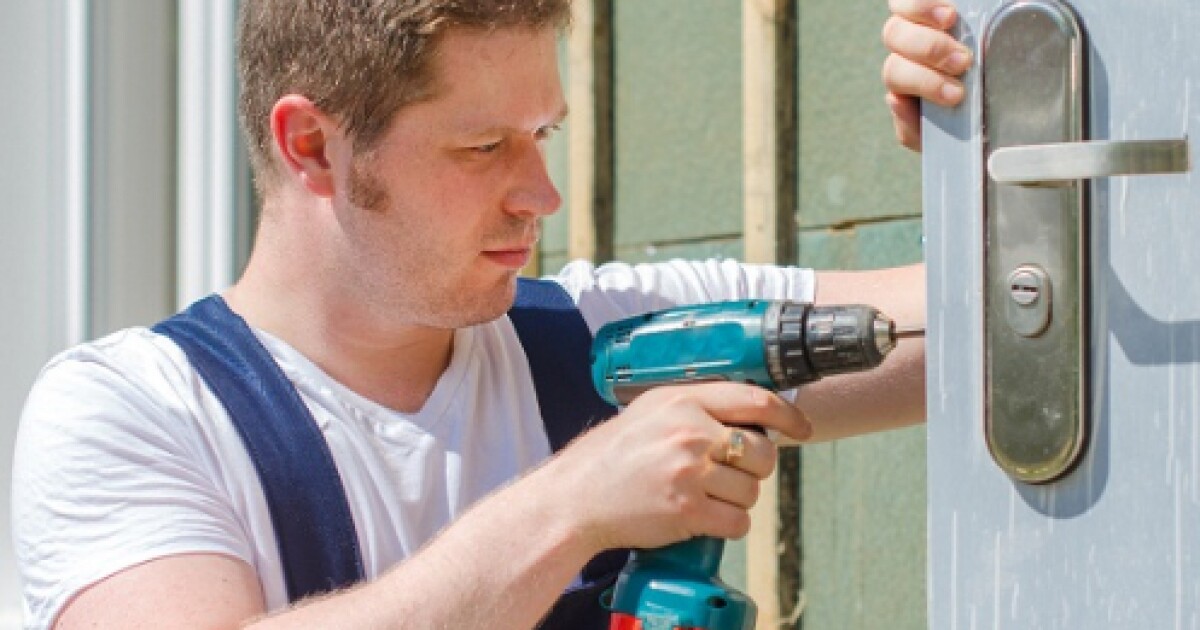 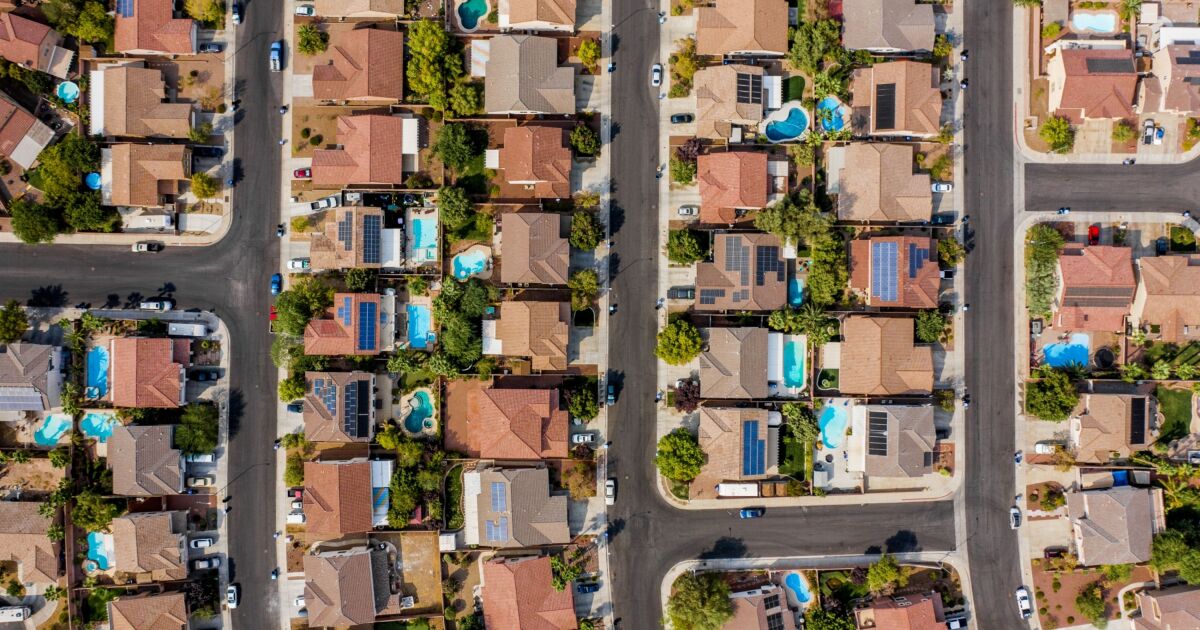 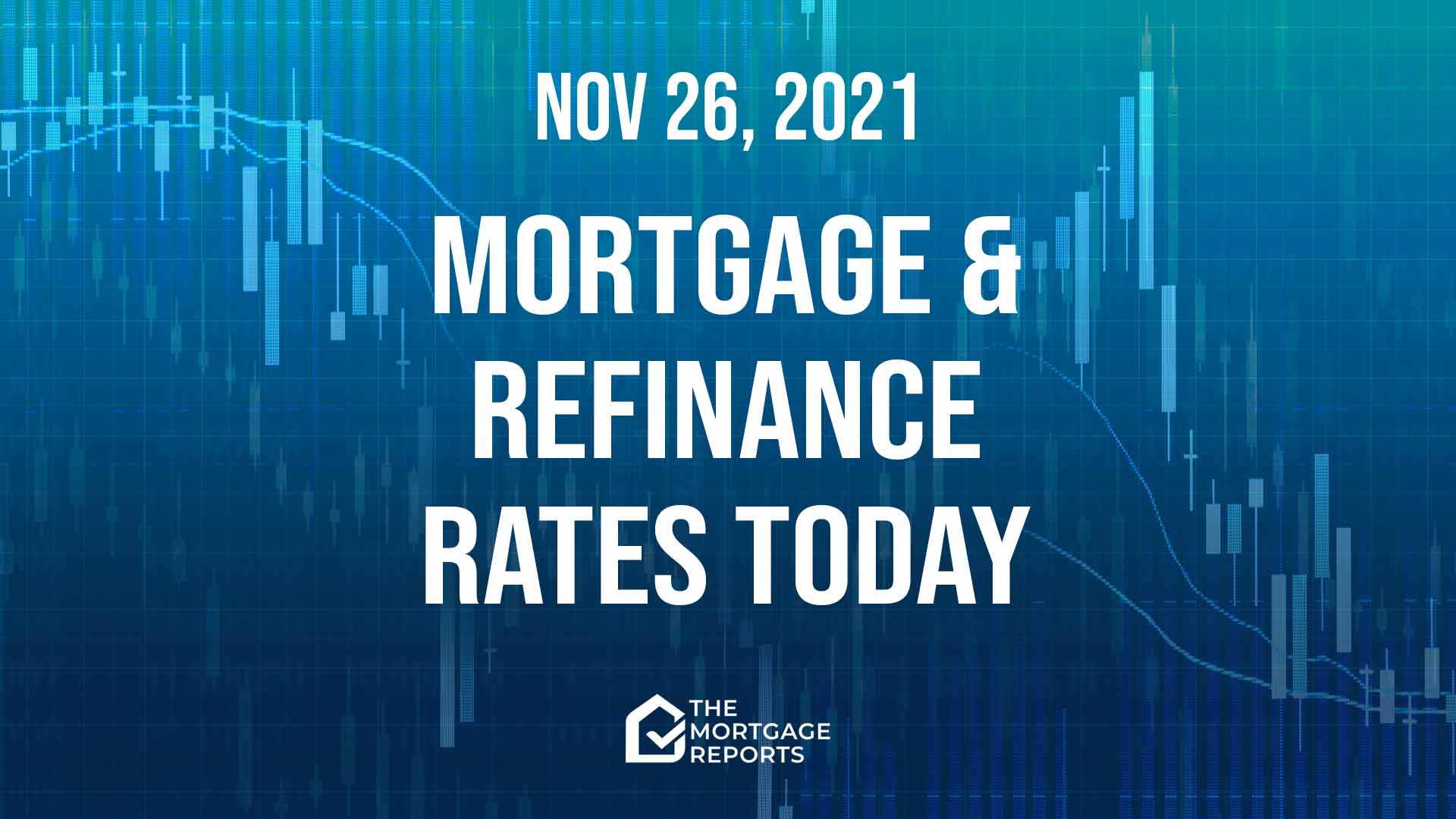 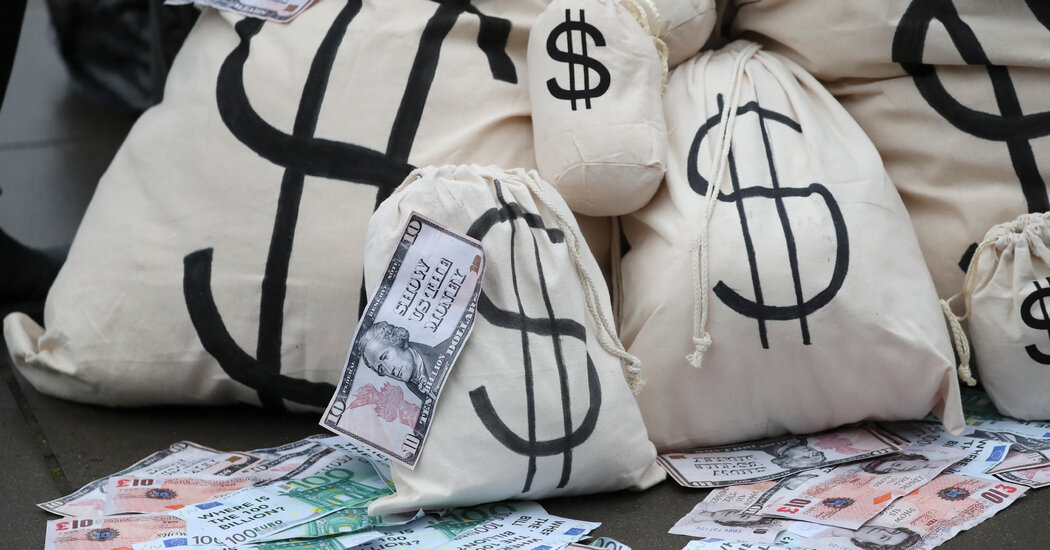