Though Q was annoyed at how cavalierly James Bond treated the tech from MI6's labs, those gadgets saved 007's life many times.

After being delayed for more than a year and a half due to the COVID-19 pandemic, Daniel Craig's No Time to Die will finally open in the UK on Thursday with most other counties following Oct. 8. Directed by Cary Joji Fukunaga, No Time to Die will be the 25th Bond film and Daniel Craig's fifth turn as 007. It's an "epic, explosive and emotional swan song," says Richard Trenholm in CNET's No Time to Die review, "that throws everything it has against the wall for a genuinely unique entry in the series."

And after falling out of fashion in Craig's earlier films, No Time to Die has time for a few high-tech accessories. Besides exotic locales and evil villains, gadgets (both useful and not so useful) are a hallmark of a 007 film. Here are our favorite gadgets and technology from the James Bond movies, used either by Bond or by his enemies, as chosen by CNET writers, editors and producers.

Get the CNET Mobile newsletter

Find the best phones, apps and accessories with our CNET Mobile newsletter. Delivered Tuesdays and Thursdays.

What are your favorites? Let us know in the comments.

It's an oldie but a goodie: It's a simple blade in the shoe. But the first time I saw it when I was a kid, I thought, "Wow, that's crazy!" And of course, the blade has to have a poisoned tip. You wouldn't want to be driving next to this.

Bond's cars always came with a gallery of weapons to destroy henchman-driven cars. My favorite were the tire-slashing spikes that would spin out of the wheel hubs on the Aston Martin DB5 Bond drove in Goldfinger. Twenty-three years later in The Living Daylights, a laser in the wheel hub of Bond's Aston Martin V8 would replace the spikes.

This thing makes no sense, BUT Bond was able to use it in lieu of using an oxygen tank. It also resurfaced in Die Another Day, and inexplicably again in Star Wars Episode I: The Phantom Menace.

The jetpack gets all the attention, but what really wowed me watching Thunderball as a kid was all the underwater scenes. Total otherworldly adventure stuff. Besides the basic scuba gear, which was cool enough, there were the motorized sleds (some to ride behind, some to ride in) and the compressed-gas propellant on Bond's tanks that zoomed him through the water like, well, a jetpack.

The bad guys even landed an Avro Vulcan aircraft on the water and settled it on the ocean floor. Oh, and the trap door in the hull of Largo's Disco Volante yacht allowed divers to get in and out of the boat. Bond also had that pocket-sized mini rebreather with four minutes of air for emergencies, like escaping from the sharks in Largo's pool. It was all such good stuff, we saw it again two decades later in the remake, Never Say Never Again.

You Only Live Twice (1967): Rocket-firing cigarette

If you absolutely must smoke (please, don't), then choose these cigarettes that double as tiny rocket launchers. You'll get a drag of nicotine and be able to dispatch a nearby baddie so you can let your ninja friends inside the hollowed-out volcano where you've been captured. They come in a stylish case and feel less prone to misfiring than the wrist-activated dart gun in Moonraker.

On Her Majesty's Secret Service (1969): Safecracker

Bond uses this to open the safe of Gebrüder Gumbold, the solicitor for Spectre head and archvillain Ernst Stavro Blofeld. No, this isn't a gadget you can easily carry with you -- it's so big that it has to be hoisted up to Gumbold's office with a construction crane -- and it works much slower than the safecracker Bond used in You Only Live Twice only two years earlier. But, hey, it also has a convenient photocopier function for capturing important villain documents! And when viewed on screen 50 years after the film's release, the big-buttoned design is charmingly Space Age retro.

This in-car communication device disguised as a cigarette lighter foreshadowed the entire era of wireless personal communications by a couple of decades, while presciently placing such technology in the dashboard of a car. Possibly Bond's coolest gadget: the Lotus Esprit that takes to the water in The Spy Who Loved Me.

The Spy Who Loved Me (1977): The car that becomes a submarine

As a kid growing up in the UK, I was bombarded with Bond reruns on TV -- mainly ones from the Roger Moore era. This meant, as a youngster, I loved the worst of Bond. To this day Moonraker is still my favorite for terrible nostalgia reasons.

But nothing inspired my childish imagination like the Lotus Esprit from The Spy Who Loved Me. Essentially a car that doubles as -- get this -- a submarine, the Lotus Esprit had everything: retractable wheels, fins and rudders for underwater steering. It even had radar and nautical guidance equipment.

But above and beyond being a car that transforms into a submarine, the Esprit was the ultimate in deus ex machina. It had a litany of chaos weapons at its disposal. Surface-to-air missiles, underwater mines, a periscope (naturally) and -- this is my favorite -- CONCRETE SPRAYERS. I have no idea why anyone thought this was a good idea, but the car had a device that let Bond spray literal concrete at his enemies as he drove. You laugh, but it was this very weapon that took out the car that Bond's mortal enemy Jaws was pursuing him in. Magnificent.

Before you could Google someone or check for a Facebook account, Q's identigraph could help you track down the creepy dude who paid the hitman you were supposed to interrogate. By putting in characteristics like his eye color, hair style, nose size and the shape of his eyeglasses (octagonal, if those really exist), you could discover that he's a pretty nasty enforcer in the Belgian underworld. And, no, I don't mean a guy who runs a waffle truck racket. It's quite the snappy submarine.

Bond used this bad boy to sneak into Octopussy's floating palace in India. While Bond in a personal submarine disguised as a crocodile is a home run by itself, it's the transparent little water shield that steals the show for me. When Bond needs to take a peek at his surroundings, the croc's mouth opens nice and wide and we get a very clear and obvious view of Bond's head. Is it impractical? Yes. Is it risky? Of course! But the visual gag wouldn't be the same without it.

Keyring finders were a fashionable accessory for late-1980s Sharper Image-shopping yuppies. Bond's version would help you find your keys by responding to a standard whistle, but it hardly stopped there. Need to emit a stun gas that can take out a maniacal Soviet prison guard? Then try the first bars of Rule Britannia. Need it to explode and kill a creepy narcissistic arms dealer? Then use a wolf's whistle. And the keys on the ring would open 90% of the world's locks. The only thing it can't find is a plot for The Living Daylights that's easy to follow.

Q shows up in the fictional Isthmus City in South America with a suitcase full of cool tech to help murder a drug dealer. Bond climbs up to the guy's bulletproof window, squeezes plastic explosive out of a toothpaste tube, sticks a cigarette case in it as the detonator, then gets set up with the piece de resistance, a sniper rifle disguised as a camera. Bonus! The gun only works for Bond, thanks to a fingerprint scanner.

This isn't one of the coolest gadgets to come out of Q branch, but the reason the broom radio (or broom walkie-talkie) from Licence to Kill deserves a mention is that we see Q use it in the field. Disguised as a garbageman complete with a fake mustache, Q uses the broom to update Pam Bouvier on Bond's status. Watching Desmond Llewelyn as Q incognito use a broom as a radio, complete with a telescoping antenna in the broom's brush, is an absolute delight. And even though he scolded Bond countless times about taking care of gadgets better, what does our quartermaster do with the broom radio when he's done? He throws it aside.

Click this Parker Jotter pen grenade three times to arm the four-second fuse, click three more times to disarm. This is used to create some major tension later -- unknowing programmer Boris Grishenko nervously twirls and clicks it while a captive Bond tries to count. The superspy ultimately sees his opportunity, knocking the pen out of Boris' hand and creating an explosive distraction. I also vaguely recall doing a whole lot of obnoxious pen-twirling and clicking in school after watching this movie. The BMW 750iL featured in Tomorrow Never Dies, which Bond controls with his Ericsson JB988 phone.

With a fingerprint reader, fingerprint copier, stun gun feature and a lock pick, this Ericsson JB988 showcased what a phone could do before the advent of phones doing absolutely everything. It could even drive his middle management BMW 750iL, which kinda foreshadowed using phones to fly drones.

Surfing a board with a compartment full of stuff wouldn't work, but kudos to the filmmakers for sneaking that in without anyone really batting an eye. I'd love to have a lightweight surfboard that also comes with a compartment where I can put my keys, wallet, phone, knife that also turns into a radar jammer, and who knows what else.

Casino Royale (2006): Defibrillator in the car

Gear from Q branch often saved Bond's life, but probably never more directly than in Casino Royale when Bond's been poisoned by Le Chiffre's crew. How fortunate that he had a portable defibrillator in the glove box of his car! 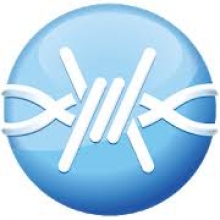