Pokemon Legends: Arceus arrives on Nintendo Switch early next year, and it's a markedly different kind of Pokemon experience than previous games. The adventure takes place long before Pokemon Brilliant Diamond and Shining Pearl, when the Sinnoh region was still known as Hisui and the concept of Pokemon trainers didn't yet exist. While many familiar Pokemon can be found in Hisui, the region is also home to a handful of brand-new monsters, including new evolutions and regional forms. Here's every new Pokemon that has been revealed so far. Wyrdeer is a brand-new evolved form of Stantler exclusive to the Hisui region. It is able to unleash psychic energy from the black orbs in its antlers, and it's highly revered among the people of Hisui. Players can summon and ride Wyrdeer by playing the Celestica Flute. Basculegion is a Hisui-exclusive evolution of Basculin. According to Pokemon lore, Basculin evolves when it's "possessed by the souls of other Basculin from its school that could not withstand the harsh journey upstream." Similar to Wyrdeer, players can summon Basculegion with the Celestica Flute and ride it across bodies of water. Scyther in the Hisui region are able to evolve into a brand-new Pokemon called Kleavor. This monster is part-rock and attacks using its axe-like arms. As part of their expedition, players will need to battle and quell a frenzied Kleavor. Rufflet in the Hisui region evolve into a different form of Braviary. This variant is part-psychic, and it can unleash psychic shock wave attacks and even send itself into a trance, sharpening its senses and abilities. By playing the Celestica Flute, players can summon a Hisuian Braviary and soar through the air. 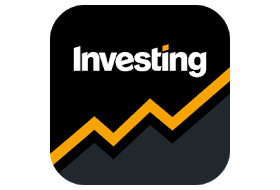